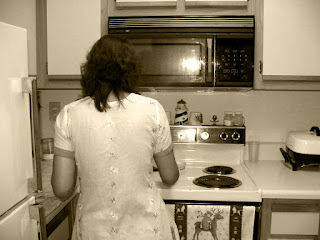 
Agha jaani Kashmiri writes in his memories’” Sehar Hone Tak’  that when he narrated the story of ‘Love in Simla’ to S. Mukherjee he asked me go and narrate the same to Shami Kappor. He wanted to sign Shammi for the male lead. 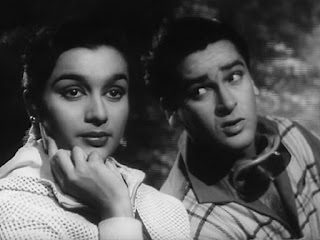 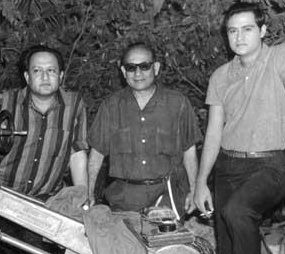 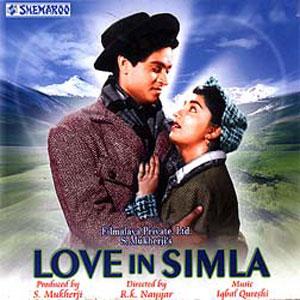 And then a college going kiddo with books walked in and greeted them. When Agha Jaani found out that that kid was the son of S. Mukherjee he said ‘ we have a hero in the house, why sign Shammi?”

But he can’t speak a word of Hindi

I will teach him.

That kiddo later came to be known as Joy Mukherjee.

For Heroine, R. K. Naiyyar, another young man from the stable of S. Mukherjee was adamant that he will only take Sadhna else he will not direct the film.

Another one of S. Mukherje protégé Nasir Husian was adamant that he will only make ‘ Dil Dekho Dekho’ with Asha Parekh.  S. Muekhrje wanted Sadhna to be in that film opposite Sahmmi Kapoor.

S. Mukherjee, the producer gave up on both the occasions…..

And ‘ Dil Deke Dekho’ was made with Asha Parekh n Shammi Kapoor in 1959.

And this is how ‘ Love in Simla’ was made with Sadhna n Joy Mukehrjee in 1960.

I discovered these geniuses during my college days. My frnds used to love Jeetu and Mithun song n dance routines – but I was in awe of these masters for their arts. I used to see these films ‘alone’ at Imperial Cinema matinee show whenever they were shown..

Even today I see films and plays alone….. 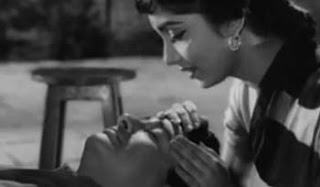 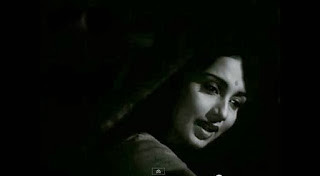 When the good looking people that taught us how to ROMANCE go away, that is when it hits you...hits you hard.....what we are up against.....RIP
Posted by Ye manzilen !! at 10:07 AM No comments: 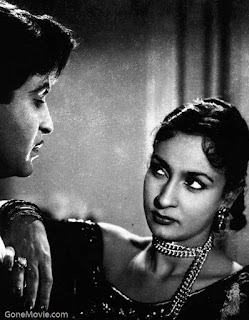 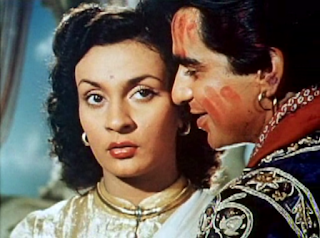 " Why u want to do story on me? I am old...lonely and not doing films?
"Leave that to me, I am the director. I will find the story. Aur jahan tak lonely hone ki baat hai to aap ne Ismat Chugtai ko nahi padhaa? Woh Kehti Hain One can be alone but not lonely - as u have a heart for company!". Aap to shaid Ismat Chugtai Se mili bhi hongi...."
Kiya Naam Hai Tumhara, Baaten to acchi kar lete ho? - She asked.
Right then, I knew.... I got her!
That was Nadira and the year was 1996. I was working for Anupam Kher's media company, and we had a show called " Good shot" on air at Sony TV.
I wanted to do a story on her!
Yesterday, while flipping radio channels as I drove home, I came across an old Vividh Bharti interview of her. Here she was, with her unmistakable voice and rare honesty - baring it all. That interview must have been recorded in the 80s or so I think.
She spoke about many incidents and the one that hit me was about actress Meena Kumari and how she died a lonely death. Nadisa said " Un Se sab Cheen Liya Gyaa tha. Tanha Gayin Woh Duniya Se. Main Ne apne Hathon Se Unhen Kafan Pehnayaa tha"
" Main Ne apne Hathon Se Unhen Kafan Pehnayaa Tha!"
I felt guilty for not taking my story on her further than that phone call. I dont know what she thought of me. I hope she understood that I had a boss....
I came home and googled her only to read about her painful lonely death in 2006, exactly 10 years after I had spoken with her. I felt bad, and thought more about her.
Here She was - the star of the 50s. The most sought after actress for a while, specially after Aan. The first actress to own a Rolls Royce.
A woman who had everything going for her at some point of life....died lonely! Just like her frnd Meena Kumari about whom she had spoken in that interview.
" Un Se sab Cheen Liya Gya tha - Tanha Gayin Woh. Main Ne Khud Apne Hath Se kafan Pehnaya tha Unhen!"
In the case of Nadira we dont even know who did Kafan Dafan for her and where she is buried....
PS: Why we make a big deal out of this thing....this small ...short little life of ours?
Just why?
PPS: The reasons I wrote this entry is to overcome the feeling of guilt that I felt yesterday, for not communicative enough with her! I hope she reads this somewhere....and says " Kiya Naam Hai Tumhara...baaten to acchi karte ho?
RIP, Nadira!
Posted by Ye manzilen !! at 3:16 PM No comments:

What is wrong with Muslims? 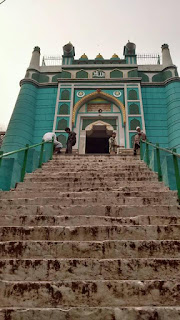 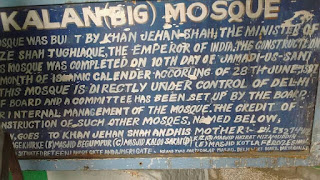 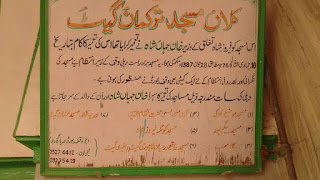 This is it: the Saraansh of what went wrong with Muslim community with each passing decade.
The sign in blue, is from Archaeological Society of India (ASI) and says "this mosque and other 6 mosque were built by Khan e Jahan, a Minister of Feroz Shah of "Hisar" fame and his MOTHER!"
The sign in Urdu is from smart people of the Delhi Waqf Board, which replaces the word mother with FATHER!
So who do u trust?
I wud go with ASI version, rather than from a bunch of 15th century loonies. ASI folks are historians whose bread n butter n passion is History. Whereas loonies.....oh well....we all know what loonies do.
Bottom line is this: We know we are F$&^#@ up BIG TIME, if we are afraid to give a dead woman credit for what she did for the community - 700 years ago....
Posted by Ye manzilen !! at 1:22 PM No comments: 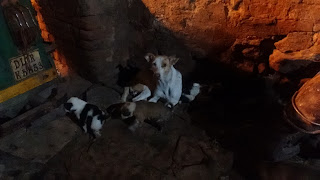 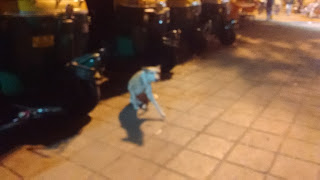 Mom was furious as I moved closer to take pictures of her kiddos.

She had those "WTF u think u doing?"  kinda expressions.  Exasperated at my refusal to step back, she started indulging in howling n growling or whataver they do to make their points heard.

Passersby told me to stay away from her as she might bite me bad. She is a new  mom and she wont like anyone messing with her kids.

I retreated to the other side of the street, but kept pleading that I found her kiddos to be cute and only wanted picture for FB post. I whistled and things like that.

In a minute her tail started wiggling as if she is saying " alright I love u too - I can see u are harmless... go ahead and take as many pictures u like".

And then she left me alone and went away. But she kept an eye on me from the other side of the street.

I took these pictures with her permissions...

The Universe engages u...if u know how to talk...I always find it easy to "communicate" with strangers, dogs and kids. Its the adult that I have problem communicating!

Ps: That dingy little street has many non veg restaurants, and I dont see her or her kids going hungry. What I am concerned about is with the cold n brutal Delhi weather setting in, how will she take care of them....and it is not just one or two, but bloody 8 of them.

I think she will be just fine....she is a mom....moms always find a way to negotiate hard times! 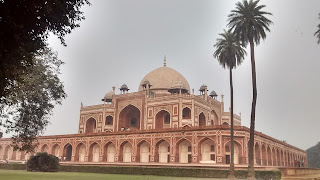 Humayun was easy with tears. One can find many examples of him breaking down into tears when something hurt him.
Once he wrote a letter seeking forgiveness from his Harem (wives, mothers, sisters, aunts, daughters) for being negligent in his duties towards them. He told them please sign it so that he can fid peace.... knowing that he is forgiven.
Entire Harem, all his women signed it except ONE!
That one, who REFUSED to sign it, was Bega Begum!
Moral of the story: When your woman does not listen to you, don’t lose heart as she may have other things on her mind.
Other things like building a magnificent tomb over your grave...all with her personal savings...