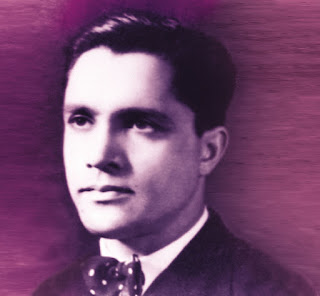 Its not many time life gives you an opportunity to look at yourself, recognize the patterns of behavior and understand the driving forces in making you what you are today.

Everyone will have a many folks who influenced them. In case of guys the list begins with Dad and then extends to movie or sports idols or authors, neighbors and friends. Since I grew up away from Mom and Dad, I found books and authors to be my guides and influences. One such author was Shafiq Ur Rehman.

Like his contemporaries in the 40's, Sahir Ludhyanvi and others he too wrote and published books while still in college. His books too were lapped up by the masses. He too enjoyed phenomenal success like that of Sahir Ludhyanvi when he published Talkhiyan.

I remember my english teacher giving me a copy of "Himaqaten" when I was in VIII standard. Himaqaten is full of humor and deals with the trials, turbulation  and innocence of teenage years. Shafiq Saab dealt with those topics that every teenages (including some grown ups) are dealing with even today.

In one story Moody Jones, his friend heard saying to his girl friends that  " That was my life stories, If you don't like any, let me know and I am willing to live them again"!!

In another instance he tells a shortest story." A boy asked a gal to marry, she refused and then they lived happy ever after"!!

I did not have a father figure at home so Shafiq Saab became a friend philospher and guide. I became so attached to all of his books that, years later when I went to US for further studies I carreid all of his books with me. And yes I read them whenevr I felt lonely and not understood in a foreign land. Shafiq Saab always lend his helping hand like a life long companion - he still does.

-Like his pratagonsit I too wanted to be loved MORE. And to my surprise sometime this worked out just fine.

- His stories are often based on a hill station where you will come across Civil Engineers building dams and bridges.  No prize for guessing that I decided to be a Civil Engineer.

- Protagonist of his stories found themselves lonely at the end of the day.  I too feel comfortable with being alone for days and years without a major complain - only condition I be in a natural environment with lakes, mountains, stars and winds for company. I too love the permanency that mother nature offers over human beings.

- Like the protagonist of his stories my best memories happened when I became a frequent traveler. Travelling alone with no itenaray is still my obsession. Jumod of staying in one place and decaying scares me.

- I belive that the most successful film of all time "Sholay" has a cntribution from Shafiq Saab too. In one of his stories written in 1948 called " Himaqaten" a friend of the hero tosses a coin every time to decide the dancing partners. Later the hero learns that the coin that Moody, his friend was tossing had same sides to it. Only Salim Saab and Javed Saab can enlighten us as to how they got the idea to have Amitabh Bacchan toss the coin in Sholay,  which made Sholay a great script. I will not be surprised to know that it was that story of Shafiq Saab that gave them the idea.

I always wondered as to what happened to him and whether he was alive. No information was found anywhere for years, untill google search showed up with a wikipedia entry.

It is so sad to know that he died grief stricken a broken man in Pakistan. The man who made millions laugh with joy and comforted millions of youths carried so much burden to his grave. I wonder why he did not write anything for 25 years.

Shafiq Saab you will always be missed and you will be alive in the hearts of your readres  for centuries to come. May Allah offer you the highest place in heaven.....adios!

ps: He is the ONLY author in the world who copyrighted all his books to his readers - yes copyrighted. It means you can publish, copy as many books you want and make money of his creativity - legally.

PPS: I still have one item left from his list to do, walking in a suit while it rains.