Rains outside a mumbai local

It had rained unexpectedly. I was rushing out from this suburban railway station and this sight halted me in my tracks.
I stopped for a few minutes; first to feel sorry, and then to admire her enterprising spirit. In a few minutes folks had gathered behind me assuming that I was a TV reporter. They were appreciating my eye for a good shot. None had anything to say about that frail woman.
PS: I have seen small section of corporate India do "rain harvesting" and now this old woman was so enterprising to take advantage of some unexpected rains.
Rest of us are just passing by, that too in slow motion..
pps: This was my FIRST edit with my new I Mac. However, I still love my old one!
Posted by Ye manzilen !! at 3:14 PM 16 comments:

Heres to the misfits , the rebels...

Labels: No respect for the status quo... 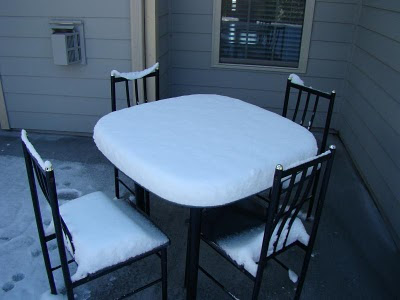 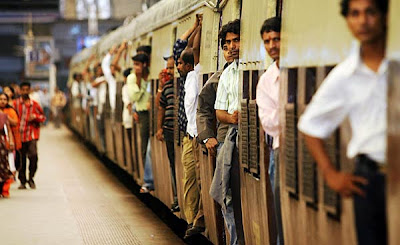 They sat down next to me and started what teenagers do while waiting for a train - non stop talking on various topics. Even though I was absorbed reading a book (on insurgent Obama), I could catch a line here and there making me remember my college days.
Those girls were talking exactly like the ones from my college days. Whoever said that girls of one's youth stay forever young in the minds was correct. Giggles, exam pressures, careers - they were quite adept at covering most topics in no time. An awesome display of camaraderie and friendship.
And then as a train rolled in, they quickly disbursed into two segments. One headed for a first class compartment and the other one , a lone girl ran towards the second class compartment.
And suddenly it became clear: these two were rich girls from well to do families and here was a 'poorer' girl. They would travel a few miles, a few meters away from each other in a train headed towards their common destination.

I wondered: Will they resume their conversation from where it was left off, when they alight? As if there has been no change, no class divide, no difference of roads taken by families in the years gone past?
Posted by Ye manzilen !! at 4:56 PM 5 comments: 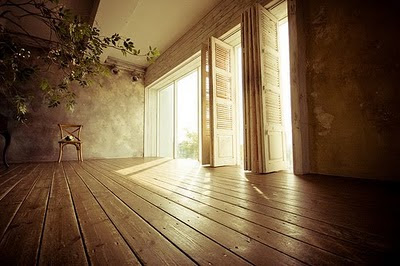 As you return to the home empty,
left a few weeks ago
the loneliness of the apartment
decides to return to its home
- your empty heart
Finally both find a home
main aur meri tanhayee!
Posted by Ye manzilen !! at 1:42 AM 4 comments: 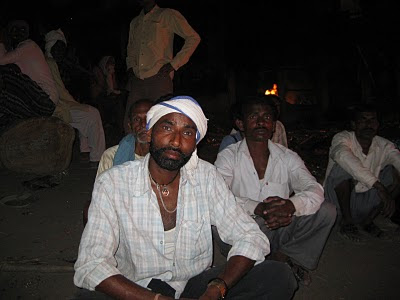 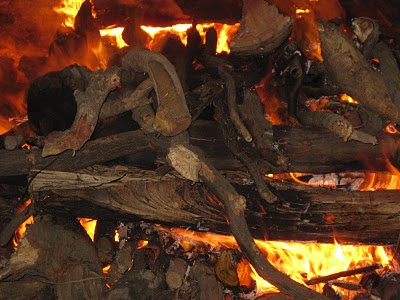 As I stood by the Ganges, watching his body consumed by fire, I kept asking all kinds of questions to his relatives and friends. They responded with courtesy, but I could see that they were confused about my relation with him. I stood out separate. They knew that I am not one of them.

Answers I got to my questions helped me construct his life. Brought up a series of images.

Sukhi Patel's only son died of an accident days before he was to get married. Sukhi was never the same again. He took to drinking and now - died of kidney failure.

This is how it mostly ends in small towns and villages.

I thought about his wife and wondered what would happen to her and how she would survive with no child to look after her. I wondered what she must be thinking having gone thru the rituals of breaking bangles, removing sindoor and changing to white. After having lost her son a while back.

I wondered where would he be, had his son not been killed in that accident. I wondered how he might have felt when he had showed up at the same Ganges with the asthiyan of his only son.

I stood there for an hour. Alone. My mind racing in all directions., thinking of anything and everything Sukhi Patel had experienced - like the first crops at his farm, the first look at his wife and how he must have reacted when he found out his wife had delivered a baby boy. What were his dreams for himself and his family. What did he think about world affairs if he ever did, and what was his favorite sport? What kind of movies did he see and who was his favorite heroine?

And then a thought occurred to me.

When I was thinking so much about a stranger whose existence I had no clue till about an hour ago...

What was his "creator" thinking about when Sukhi Patel's kidneys failed?

ps: As I was leaving, his friend asked me who I was and whether I had known Sukhi Patel. I told him that I just happened to be at the Ghat, stopped by to see a cremation, and did not know him at all. 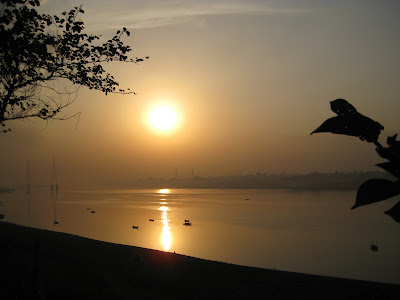