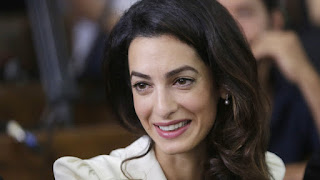 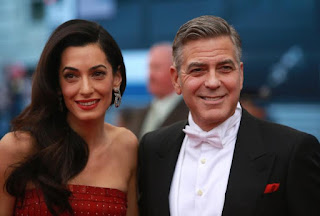 The fact - "80% of child's intelligence comes from the mother!"
The other fact - All the major religions of the World ( or their followers) want women to be confined to three rooms ie Living Room, Kitchen and the Bed room.
In the words of Mullah Luis Vazquez " Cook and Clean" jobs.
Here is one woman whose parents did not confine her to three rooms nor got her married early. In fact they gave all her all the freedom to choose a career path she wanted for herlsef.
In the end, the most sought after bachelor of our times, went down on his knees to beg her hand. A
Bachelor who promised and bet money with Julia Roberts, Sandra Bullock and Michelle Pfifer that he will never marry. Ever.
Any woman between the age of 19 to 60 would give her arm and a leg to marry George Cloony. He could have married a princess, a Bollywood siren or whatever else he preferred. He chose an unknown human rights attorney from UK.
Why?
I would like to attribute it to the overall personality of Amal Alamuddin. Its a well known fact that Amal Alamuddin is an intellectual and a well read woman who can hold her own in front of Presidents and Prime Ministers of the World. She is intelligent and charming woman who earns her own living by fighting for human rights.
Here is an another example: When my frnd Mirza's Rukhsati was taking place. His father in law took him aside to say just one line " You will be in safe hand, Mirza!". And I think he was ALMOST correct in that assessment. She became a rock like anchor for Mirza in his struggling days....khair woh kisi aur din...
The point is this: Give your girl child room to grow. Help her with new exciting and challenging experiences. Someday she will make you proud of her. Also, as a bonus you will get an intelligent grand child too.
I think the way things are being "stirred and heated" up today, there is a high probability we will end up killing each other. The future would need some dispassionate empathetic intelligent fellas to save this mother earth from ourselves.
PS: These days I ask my frnds, that are proud fathers of teenage daughters whether they will be able to say " You will be in safe hands" to their future son in laws?
Oh well...
Posted by Ye manzilen !! at 1:57 PM No comments: 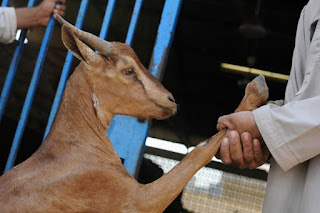 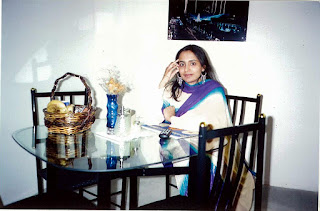 Dreams of my father... 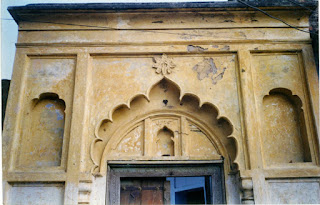 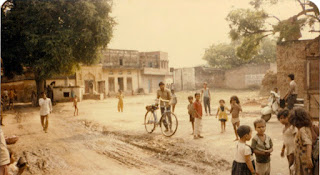 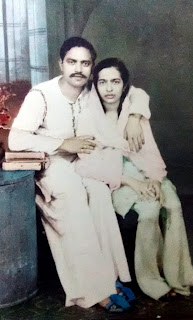 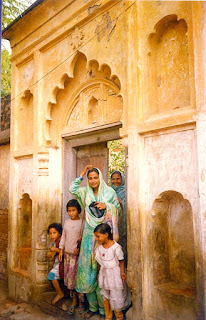 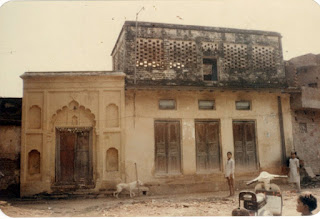 Today 37 years ago, 4th September, 1977, he left me to figure out the big, bad World on my own!
I am still working on that...
I was playing in the Maidan ( which was a Mangoe, Guva Orchard till he chopped it off) when some frnds came running and informed me.
" Badhsha, Tumahre Chaccha Ko Ghar Le Aaye Hain"
I ran home only to find Mahollah women breaking bangles of my mother. She was only 41 then. I did not know what does that means to be a widow at the age of 41...
That too I had to figure out myself..
I remember when he went to Fategrah hospital and got himself admitted there. His brothers in Mumbai wanted him to be treated at a Mumbai hospital. He refused.
Now I know why did not get treatment at a Mumbai hospital. He was ready to go and wanted to be die and be buried in the family Qabrastan outside our house.
I figured out that too...
What I have not been able to figure out is the complexities or simplicity of a father - son relationship. What it means to be a son? What it means to be a father? How relationship works out and what direction it takes? How do they communicate? Do they use words or assume things out?
I dunno. Yet!
When they carried off his body for Namaz e Janaza, I could not give it a Kandha. I was too young then. I remember walking behind everyone not knowing what to do. No one ever told me anything about his death. Not a word. No one tried to reach me then, or thereafter.
I had to figure out the death part myself. Alone!
When they buried him, I was standing by the lone Guava tree he did not chop off for some reasons. I was quiet and watching the whole thing unfold like a dream. I remember every detail of his face even now.
Later that night I wud go and sit by his grave and cry.
Alone. Still do!
A father is a must in a man's life I would conclude later! A father must try to stay alive till his kids are settled in life. I would figure out later.
When teenage years hit me and I take interest in opposite sex, I would crave to have children first so that I can settle them in my life time. Leaving young children behind to negotiate a cruel, selfish world is not fatherly!
Years later I wud take my in-house girl frnd on her honeymoon, to his grave, his house, his city. She wud just follow me like a true frnd without complaints.
I am yet to figure out why I did that.
I have some of his letter that he wrote to mother. I read them often to know if he had any expectations from me. I was his last child - always a special one in a father's life. I find nothing. No expectations. I guess I was too young for him to think along those lines.
In those letters he calls me ' Shahid Miya'. I enjoy reading that.
" Shahid Miyan, poora din Kahaniyan padhte rehte hain" he writes to mom. He forgets to add that I was a topper in class and had secured a double promotion from 3rd grade to 5th.
So, here I am. Close enough to an age in which he died, yet I feel like 12, as I write these lines...
Nawab Shaddan Miya, sleeps at the feet of his mother under a Tamarind tree he himself had planted as a child. No better place to be buried than by the feet of ones mother.
However, I do wish he had more time. I miss not "communicating" with him. I miss not knowing what he wanted in life. What was his unfulfilled dreams? What kind of a life he lived? Who has hurt him along the way? Who were his frnds and enemies? Things like that
I know I would never be able to figure these out, no matter how many more yeas I live...
Posted by Ye manzilen !! at 3:12 PM No comments: 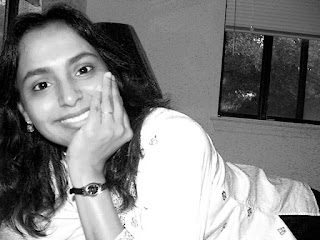 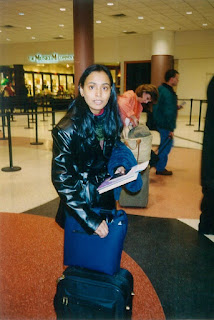