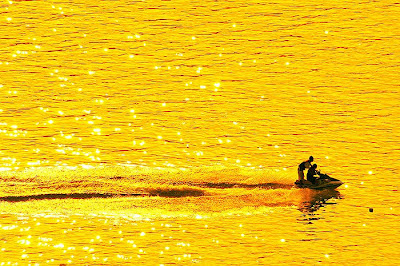 Bear Stearns is no more...

I had almost finished my blog discussing the 47% drop in the stock price of Bear Stearns when Mullah Luis called.
" Have you watched the news man?
"You are going to live 100 years man. I was writing about you on my blog"
" Bear Stearns is done man. They are history. JP Morgan did them for $2 a piece"

Well, the market was expecting that JP Morgan would buy Bear Stearns for $16 per share next week but this was a shocker. It is hard to imagine how a stock which was trading for about $160 a year ago was sold for $2 today. A lot of people are going to wake up with some serious losses tomorrow morning. The markets in Japan, Hong Kong and India are not even opened yet. It is going to be a long night for some folks...

We were reluctant to use the word " Recession" but it sounds like we are now headed for a "Depression"!!

PS: Mullah says he has been so depressed lately that he is beginning to find comfort in word depression. He believes that he can handle a bad depression better than a mere recession....

Well, some folks got the impression that main ne " Tun Party" join kar li hai. Nope, I do not drink. I screw up with full control of mind and senses, imagine what would happen if I allow myself to be uder the infleucne of 21% alcohol!!

However, I do allow myself to come under the influence of words, ideals and smiles.....honest ones that is....
Posted by Ye manzilen !! at 12:15 PM No comments: 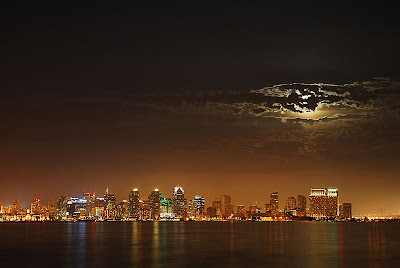 It’s been two months since I came back from India. It was just a regular trip down memory lane with some cheers, tears and fears in that order!
Leaving mom behind has always been like taking a hit on my heart. Last few days before my departure I always try to photograph her in my mind. I try to remember every line on her face, her eyes, her smiles and her laugh. Every time I leave home I pray to God to please keep her in good health till I return again...every time I try to hide my tears all the way to the airport...every time!

What I found most troubling after this last trip was my loss of humor. I am willing to lose anything in this life except my humor. This is my weapon of choice. Its always been. I kept going through my routine hoping one day I will overcome whatever that I was going through. And the moment came Saturday morning when I found my car stolen!

The next thing I did was to call cops and Mullah. Only one of them bothered to show up in about 15 minutes. No, It was not the cop. Mullah, looked around tried to smell me for " Daru Hangover” and asked

Mullah suggested we look around the entire neighborhood to make sure I was not drunk and had not parked it in some one else's parking spot. My pleas went unheard and he convinced me that since I hang around with Walty these days, may be I did take one of those " Car or a Yager Bomb” shots. Walty is a buddie from work and is an expert -alcoholic.

We looked in "other people's parking spots" but could not find my car. I was relieved not to find it there else Mullah would have come up some never ending series of questions. Finally Mullah asked

Mullah was right. Every time buying a new car always followed by beginning of new beginnings in my life. Suddenly the loss seemed like a profit discounted at the current interest rate.

Even though I had put that loss in perspective and laughed over it, inside I was feeling violated. How the hell someone just found my car worth stealing? Who the hell was he? Why? How dare he?

Later that night it occurred to me that my loss was so inconsequential compare to the theft that have occurred and is occurring the in world today.

This thief's robbery only affected me but what about those thefts that happen in broad day light on the world stage every day? People steal peace from the entire world and go unpunished; they steal oil, other natural resources and survive to enjoy the loot. They steal democratically elected governments, steal monetary system, steal collective psyche of nations. They steal continents, countries, religion and cultures without feel ing ashamed....

What about those thieves that steal trust and Imaan in the blink of an eye? What about those shameless thieves that don’t realize that robbing of some one's innocence is as a heinous crime as stealing of the most precious gem form the jewelry called life? Who will punish these guys?

The guy who stole my car will get caught and most likely will lose his license to drive and may end up doing time but other glorified thieves will stay around for another opportunity to rob some one of something - somewhere!

ps: Dear Dionne, Mullah did not mention you in that statistics and he does not know that you live in Dallas and that you are learning Urdu/Hindi these days! I will translate this blog whenever you are ready! Peace...
Posted by Ye manzilen !! at 8:49 PM 2 comments: