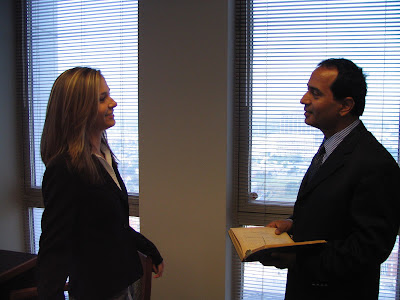 Well, my film has run into troubles even before the shooting began. Here is what happened.
A noted journalist from mainstream media found my story "interesting" and was pitching for me to appear on a prestigious local news paper. When he called me a few months ago and said " I am going to make you a star" - I thought I must be doing something right.

But that was before I shared the you tube link of " A jihad of my own" with him. I was holding the line waiting for him to watch the teaser and react. He came back on the phone with a distinctly different tone and said' "NOW you are scaring me buddy!"

A sweet little Blondie FPN, 13 years younger to me who had agreed to play Jennifer and was all excited at the possibilities it will offer, until she saw the that teaser. She showed up the next day with " I am sorry , can't do it" written all over her face!

My friends, here and in India advised me against going ahead with the project. "Make some comedy" one said, "people have spent lives doing research on politico/ religious topic, make sure you don't screw up" said the other. One of them even informed me about how cast and crew of " Khuda ke Liye" have went into hiding fearing retribution...

As usual I called Mullah to make sense of why these guys are reacting like this. Mullah too was unsymphtatic, "you are touching the nerves with that word man, don't do it".

I am aghast at these events. What is going on world? How come a word became so dirty that no one wants to associate with it? Even though this film is all about love with a universal massage and absolute minimum violence, why this knee jerk reaction?

There are 1.3 billion Muslims in this World. They are available in every shape, form and colors. 1 out of 5 person on this planet is a Muslim. We interact with them on a daily basis yet we don't know much about them. When in 2005 Americans were asked" what they thought of Muslim and Islam?", a majority 57% responded with "NOTHING". Shouldn't this be a cause of concern for the Muslim world in particular and the entire world in general?

We are living in a different world today and ignoring thy neigbour is not going to cut. Are we going to paint the entire civilization with the color of a few? Then what do we do? What is the way forward?

Ironically these were the questions my film was going to explore....

ps: It ain't that bad folks. I still have Rafiq Batcha, Jeff Shipman and others that are waiting for me to start shooting this film....Don't go away....I will find a way!
Posted by Ye manzilen !! at 10:54 PM 5 comments:

Labels: a jihad of my own runs into troubles... 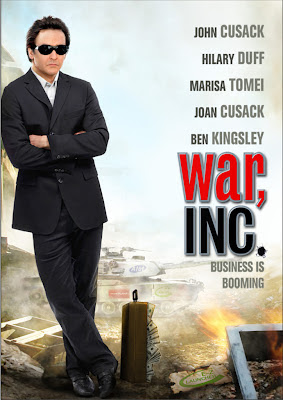 "In 2008, if you are not going to be an activist now, I don't know if you ever are gonna be!" - JohnCusac, a certified jebroni while promoting his latest film War Inc.

War Inc., is a political satire set in Turaqistan, a country occupied by an American private corporation run by a former US Vice-President (Aykroyd). In an effort to monopolize the opportunities the war-torn nation offers, the corporation's CEO hires a troubled hit man (Cusack), to kill a Middle East oil minister.

Labels: a jihad of my own, Shahid Sayed's new film 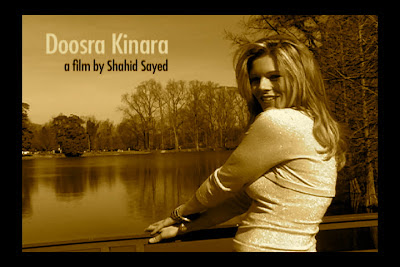 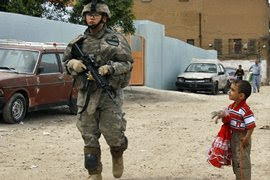 "War is always about betrayal: betrayal of the young by the old, of idealists by cynics, and of troops by politicians.

This bitter knowledge of betrayal has seeped into the ranks of America's Iraq War veterans. It has unleashed a new wave of disillusioned veterans not seen since the Vietnam War. "
"War is the pornography of violence. It has a dark beauty, filled with the monstrous and the grotesque. The Bible calls it "the lust of the eye" and warns believers against it.

War allows us to engage in lusts and passions we keep hidden in the deepest, most private interiors of our fantasy lives. It allows us to destroy not only things and ideas but human beings. "

Chris Hedges is the former Middle East Bureau Chief of the New York Times, a Pulitzer Prize winner, and a senior fellow at the Nation Institute. These lines are from the introduction of his new book, Collateral Damage: America's War Against Iraqi Civilians (Nation Books), which he has co-authored with Laila al-Arian.
Posted by Ye manzilen !! at 12:59 PM No comments:

Send me your stereotypes…


As guru Javed Akhtar predicted that the change the in the Muslim world will come through women. Here is someone one who is doing her part. She is an MBA and used to work for Apple and Citgroup.

Queen Rania of Jordan, in order to promote dialogue between cultures and civilizations is requesting information on Arab and Muslim stereotypes from March 30 to August 12, 2008. She says she will " break those barriers down and help people see the real Arab world"..... 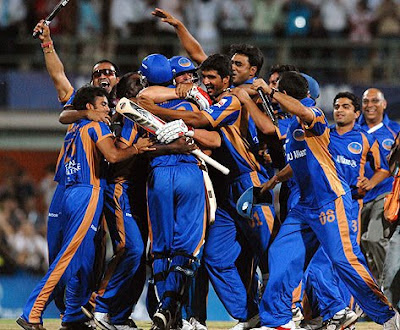 It sounds like some jebroni poetic mind scripted the scenes that have happened on the World stage in the last few Weeks. Here is a short list...

1: For the first time in the US history a woman or a black person would become the official nominee of the Democratic party and most likely be the next President.

3: Sterlite Industries out bid other international firms to buy US based copper mining company Asarco for a record breaking tab of $2.6Billions.

5:A Maulana from an Indian Madarsa made it to UP Civil services thanks to RSS run coaching school called Sankalp in Delhi.

6: Washington Redskins cheer leaders not only cheered the teams halfway around the world for a game they had no clue about, but also enjoyed the Indian hospitality. The wrost part is they had to "hide" their USPs ( I wish they had Dallas Cowboy Squad instead!!)

I enjoyed witnessing these events unfold. Could not ask for a more gratifying week. Now, there is no risk to your life and property if you decide to celebrate sixer from a Pakistani player, or to be lead by a white man on the field against home-boys. It is kosher now to go to a Madarsa, grow a beard and still be admitted in a RSS run coaching classes to serve your nation...

It seems like what was not achieved by Socialism, Communism and communalism combined is delivered by Capitalism.

What a wonderful World...

ps: The only regret would be a loss of 1 million Iraqi and other lives for no fault of theirs...
Posted by Ye manzilen !! at 9:35 PM 6 comments: