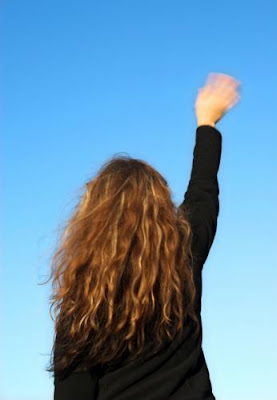 It’s past midnight here in Atlanta, GA and I am writing about you on my blog. Why? Why now after so many years? I don’t know. I just do not know. Just felt like it.

I have been missing you more since my office moved in to the building on North Avenue. While we were enjoying the views of midtown from 27th floor, I saw the College of Management at Georgia Tech. I saw that classroom, conference room, that tree outside and I saw that lonely bench underneath the tree - and I saw you!

My friend Shakir found me after 15 years. The first thing he did was to enquire about your whereabouts. I had no update, no information to give. I never made an attempt to meet you or find you since we departed.... I am a man of my words.

I don’t know why we were attracted toward each other to begin with? I have some clue of my reasons, but you had no reason to come close to a small time jebroni like me. Back then, I had nothing, not even a basic car. I was surprised when one day in the conference room you touched my face and said " Shahid, I never imagined I would fall in love with some one from overseas". I was surprised. I assumed you were joking, pagal hai - I thought?...apparently you were not!

I was the only engineering graduate to have signed up for Org behavior in the school of management. That is when I met you for the first time. I, a jebroni and you, the most beautiful thing in the class. You with Brunette hair, deep dimples and green eyes that used to disarm and grab me by my senses.

Do you remember one day during the class I started writing your name in Hindi in your notebook and you in turn responded by writing mine in French.? I came back with Urdu and you chose German to write my name. We kept going back and forth oblivious to the ongoing class. I don’t remember how many languages we exhausted until we found the professor shouting in our direction " IS THIS SOME KIND OF A UNDERGRADUATE CLASS?” The entire class burst into laughter. I felt good for some reasons - you were embarrassed!

That moment changed a lot though, and everyone in the class after that started looking at us differently. My other fiends who were in the reckoning to get your attention gave up after that.....life was not the same! I knew I was the chosen one. I remember telling you after the class that if I end up making movies, this scene will find a place...you just smiled and kept walking.

I used to feel protected while hanging around you. I used to enjoy those long drives with no destinations. Your talks of contributing and changing the world still live in my imagination. My writings and films do show a flavor of what we used to talk back then. I have not changed!

One day, when a bully made me realize that " America is not your country", I was feeling depressed and down when you showed up and took me to the library. Thrusting the constitution of the United States in my hands you said, " This is as much as your country as theirs, don’t let anyone tell you otherwise, Shahid!".

You always pronounced my name right. I was surprised and wondered where and how you learned to pronounce my name properly. It’s been so many years now and yet my friends and colleagues don’t call me Shahid, I am Shaheeed to them. The other day Mullah's FPN called my name properly. I missed you!

In spite of being such a gem of a person you had complexities too. You never allowed me to take your pictures. One evening, while we were driving under a moon lit night, I wanted to take your pictures. I had bought a camera for that purpose. You said no and that was it. I pleaded and cited the magic of moonlight dancing on your face, the poetry of the moment, the lovely environment. But you did not relent even at the cost of me remaining upset for a few days.

However, a week before my departure for India, you came to my apartment with a few pictures. This time I did not even ask for them. I don’t remember what happened other then that Shakir was not in, and I was watching Atlanta play Minnesota for the World Series. I was totally engrossed in the game when you showed up.... I took the pictures from you but did not open the envelope as I was waiting for a commercial break. In a few seconds you did a reversal, and announced you not only wanted to go but also would like to take the picture back as well.

I still have those pictures...

I always admired your ability to rise above the petty boundaries of religion, border and color. You wanted to " go work in a third world country and contribute". You were a global citizen even before it became a buzzword. Mullah says “by working and living in Vermont you are like living and contributing to a third world Country”. You have kept your words! (Please don't mind him. He is a dear friend and an occasional side-kick).

Ps: I found you on classmate’s finder web site. It provided me all the information about you like where you are now, where have you been since leaving Tech and whom you are married to? What distance you have traveled!

Why did you guys break up?

guess dis one by gulzar says..

Ani:
you are soo sweet...Thanks!

I read your entire blog....all the way from your firaat to last post. This shair by Baba Bullay Shah or Wasir Shah comes to my mind.....
(By the way its in punjabi but i think you should be able to figure out what it means)

Eid Mubarak yara-
It is sad that you quit writing....start writing bro. Share a good one with me ...something that I can shoot here. looking for a short romantic comedy...

U are wasting talent....

Given my zidd, status quo will remain!
Thanks...

How do we know: Dil hone ka sab se bada fayeda ( beside pumping blood) ye hai ye bechara Ijazat wagera nahi mangta! That is why I am a fan of my heart..

Thanks for stopping by....I liked that Cho Sweet!!

I have read this post a couple of times. I don't know what to say.

It's almost the same with me. Nearly a decade after losing her, I found her again, on a social networking website. She is a Kashmiri Pundit. I, an Indian Muslim.

A,
Guts hain Saab - Confession time, Huh?.....Galiban your wife is not aware of your blogging activities!!

You are right about khalish. I think all human beings have them, it is just that we find an outlet and have some guts to talk about them - the rest just keep quiet n suffer in silence....

Acha tell me one thing, you got all this loads of money inherited (baapdada) or did making a movie make you rich?
Also have you written a will? I know of people getting heart attacks because of the conditions of the stock market.

eagerly waiting for next part ..:)

Nothing else comes to mind...

Hey Vicky.... I am not going to take the usual "move-on, forget-her" route. This is what I thik u shud do.
Go to your mom and ask her if she gave u birth to go majnu for over a girl? ask her if this thought ever occurred to her ke un ka baccha "waste" karega apne ko!

Remember there are two special women in a man’s life 1: who gave u birth and 2: who loved u till the last day. Go to number 1 and spend time with her...

This is just the beginning...there will be many more heart breaks and betrayals before everything is over and done with...

And she might have left, but is still on this planet. Enjoy thinking that when she gets up at 10:am, the first thing she does to check your blog to see a glimpse of ur life. To know if you are ok….

VICKY: I hope you are not that crazy to hurt urself....let me know I can call to "wake you up"!

You can always pay me the phone charges later on...
LOL

//Remember there are two special women in a man’s life 1: who gave u birth and 2: who loved u till the last day.//

thank you for writing this.

she doesn't know about my blog(i think).

sir, you are welcome to call me up anytime.Provided i don't have to pay the charges.. lol ;D
take care sir

Awesome!
Keep smiling.....you a great looking dude n not ugy like me.

Wear a black turtle neck with a blue blazer over a jeans and go to to the nearest mall. Look into the eyes of the most exprssive girl u see and you will have a date...Gud Luck!